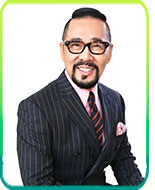 He was the only Malaysian selected by United Nations Conference on Trade and Development to represent Malaysia at the International Trade Conference held in Paris, New York and London in 1989. At the age of 40, under the Ministry of Plantation Industries and Commodities, he was appointed as Chairman of the Malaysia Cocoa Board, a federal statutory research and development agency for 8 years from 1997 to 2004.

With his leadership and astute business acumen, TSH Resources was awarded the Highest Profit Growth Company in the plantation sector for 2013 and 2014 by The Edge Billion Ringgit Club and acknowledged by Maybank with the accolade The Best Crude Palm Oil (CPO) Yield 2013.

Ministry of Higher Education appointed Kelvin to the board of directors of University of Malaysia Sabah (Universiti Malaysia Sabah) on 1 August 2017. He also extended his services as Honorary Director of Sabah Chinese High School.

On 19 April 2009, he was also Conferred Darjah Dato’ Paduka Mahkota Perak (DPMP) award that carries the title Dato’ by the Sultan of Perak, Sultan Azlan Shah.

Dato’ Aik Sim, Tan was appointed as Group Managing Director on 1 January 2009 after serving as Chief Executive Officer since 1 September 2006. He was appointed to the Board of Directors of the Company on 27 February 1992. He is also the Group Managing Director of Ekowood International Berhad (“Ekowood”) and sits on the board of various subsidiary companies of TSH. He obtained Bachelor’s Degrees in both Economics and Engineering from Monash University, Australia in 1988.

He joined the Group in 1989 and over the years was heavily involved in its various business units and their operations. He had a major hand in setting up CocoaHouse Sdn Bhd’s manufacturing facilities and its operations and played a leading role in the listing of TSH in 1994.

He was appointed the Chief Executive Officer of Ekowood in 1994 to spearhead the establishment of the integrated timber complex from a green field site. He was subsequently appointed its Group Managing Director in 2009 and played a pivotal role in its rapid growth, elevating it into an international and award-winning brand to be reckoned within the engineered hardwood flooring industry.

He has also played a big part in the development of the Group’s oil palm business, in particular, its expansion into Indonesia which has significantly enlarged the Group’s operations. In addition as Group Managing Director, he also charts the strategy for sustainable long-term growth of the Group.

Dato’ Jasmy bin Ismail was appointed as an Independent Non-Executive Director of TSH on 4 June 2014. He also serves as the Chairman of the Remuneration Committee and member of the Audit Committee. He obtained his Chartered Institute of Logistics and Transport in United Kingdom and Master of Science (Msc) in Transport Management from City University, London.

In 1988, Dato’ Jasmy joined IBM Malaysia and held various positions within the Sales and Marketing Division, responsible mainly for the Public Sector and Financial Service Industries. Prior to leaving IBM Malaysia, he was the Executive Assistant to the Chief Executive Officer of IBM Malaysia.

In 2000, Dato’ Jasmy co-founded Symphony Global Technologies Sdn. Bhd. and was involved in the formulation of Symphony House Berhad which was then listed on Bursa Malaysia Securities Berhad in 2003. He was the Chief Executive of Symphony’s Technology Services Division. He also served as the Chairman of Symphony BCSIS Sdn. Bhd., a joint-venture company with OCBC Singapore’s subsidiary, BCS Information Systems Pte. Ltd. (“BCSIS”) and held the position until 2007. He was also an Independent Non-Executive Director of Malaysia Building Society Berhad up to February 2018. Presently he is the Chief Executive of SGT International Sdn. Bhd. and a director of several other private limited companies.

He is currently an Independent Non-Executive Director of Symphony Life Berhad and Naza TTDI Sdn Bhd. He is also an appointed Council Member of Badminton Association of Malaysia.

Selina binti Yeop Junior @ Lope was appointed as an Independent Non-Executive Director of TSH on 14 August 2015. She also serves as the Chairperson of the Nomination Committee.

She started her career at Chase Perdana Bhd in Kuala Lumpur as Head of Corporate Communications, following her stint at advertising giant Peter Beaumont & Friends, Kuala Lumpur. She has received the Pingat Ahli Mahkota Perak from Sultan Azlan Shah in 2008 for her numerous contributions to the field of Public Relations in the State.

Currently, Ms Selina Yeop Jr. is on the Advisory Panel of the Women’s Institute of Management, where she has co-authored two books entitled “The IPO Debut” and “Small & Medium Success Stories” in aid of impoverished single mothers.

Natasha binti Mohd Zulkifli was appointed as an Independent Non-Executive Director of TSH on 2 July 2018. She studied in Kuala Lumpur, New Zealand and London, obtaining a law degree from the London School of Economics (LSE) with a special focus on European Union and international law.

Natasha is currently Stakeholder Director at a wholly owned subsidiary of YTL Corporation Berhad, Syarikat Pembenaan Yeoh Tiong Lay Sdn Bhd which is responsible for building the new 192km electrified double track rail link for the Malaysian government in the state of Johor. Natasha has extensive experience in the Malaysian public transport space, having worked previously at Prasarana Malaysia Berhad (“Prasarana”) as Head of International Relations where she initiated collaborations and partnerships with international public transport players to further enhance Prasarana and its standing in the international public transport world.

Natasha also previously ran the Malaysia-Europe Forum (MEF) as its Executive Director. The MEF was set up to improve economic relations and bilateral understanding between Malaysia and Europe in areas relating to business and trade. Under Natasha’s leadership, MEF carried out business roundtables and dialogues in Kuala Lumpur, London, Brussels, Vienna, Munich, Paris and Madrid.

In the past, Natasha sat as Malaysia’s representative on the Asia Low Emission Development Strategies (LEDS) Partnership Steering Committee, which is a voluntary regional network set up by US AID to support and promote low-emission development across Asia and the Pacific region. Since 2015 Natasha has represented Malaysia on the Business Women’s Working Group within the ASEAN Business Advisory Council (ASEAN-BAC). ASEAN-BAC was established by the ASEAN Heads of Government to provide private sector feedback and guidance to boost ASEAN’s efforts towards economic integration.

Yap Boon Teck was appointed as an Independent Non-Executive Director of TSH on 15 December 2015. He also serves as the Chairman of the Audit Committee and member of the Nomination Committee.

He obtained his professional accounting qualification from the Association of Chartered Certified Accountants (ACCA), United Kingdom. He is a member of the Malaysian Institute of Accountants.

He started his career with a small to medium size accounting and audit firms in the United Kingdom and medium to large local accounting and audit firms in Kuala Lumpur. While in public practice, Mr. Yap has gained experience in auditing both private and public companies mainly in finance and banking, property developments and manufacturing sectors.

He joined the MBf Group of Companies in November 1983 as an accountant and subsequently held various positions within the Group which included property, insurance & financial services and manufacturing. Prior to leaving MBf Group in August 2003, he was the President-Corporate of MBf Holdings Berhad and MBf Capital Berhad.

In August 2003, he was appointed as Executive Director of Metroplex Berhad before he left in March 2006 to join Malaysian Land Properties Sdn. Bhd. where he served as the Group General Manager, overseeing management of the completed projects such as building management, shopping centre and hotels. He was also involved in the negotiation to purchase a major property and responsible for the various departments within the company, namely personnel, legal, finance and accounting and general administration.

Tan Aik Kiong is the Group Executive Director of TSH. He was appointed to the Board of Directors of TSH on 25 November 1987. He sits on the board of various subsidiary companies of TSH and holds directorship in other private limited companies. He is currently the Managing Director of Innoprise Plantations Berhad.

He obtained a Masters Degree in Civil Engineering, majoring in Construction Management, from the Oklahoma State University, United States of America. Prior to joining the Company, he was attached to Prudential Bache Ltd., an established brokerage and commission house and subsequently with Ameroid Services Pte. Ltd., an independent warehousing company in Singapore.

Tan Aik Yong was appointed as an Executive Director of the Company on 1 February 2016. He was previously an Alternate Director since 4 July 2003.

He is a non-practising barrister with a degree in Bachelor of Laws (LLB) from Queen Mary College, University of London. He qualified as a Chartered Financial Analyst (CFA) in 1998. His career started with a law firm in Kuala Lumpur and had since spent 10 years in investment banking activities in the region. He was a senior manager in United Overseas Bank Group prior to joining TSH Group to handle investment planning, corporate and financing matters in 2002.

He also holds directorship in other private limited companies.

He started his career with an international accounting firm, PricewaterhouseCoopers from 1979 until 1994. During this period, he was exposed to a wide clientele in Audit and Business Advisory, Business Centre and Management Consultancy departments covering all sectors of industries in private and listed companies. In 1995, he joined a listed company, DB Bhd as the Group Financial Controller until 2007 with his last position as Senior General Manager – Corporate Services/Finance and Chief Risk Officer. During this period, his main responsibilities included serving on the EXCO/Board of subsidiary companies within the AMDB Group and financial management involving the supervision of the Group Finance functions, merger and acquisition, risk management, treasury and tax functions.

Lim Fook Hin was appointed as an Executive Director of TSH on 9 May 1997. On 1 February 2016, he was re-designated as Non-Independent Non-Executive Director. He also serves as a member of the Audit Committee, Remuneration Committee and Nomination Committee. He is currently a Director of Ekowood International Berhad. He also sits on the board of some subsidiary companies within the TSH Group and holds directorship in other private limited companies. He is a member of the Malaysian Institute of Certified Public Accountants. After qualifying as a member of the ICAEW, he joined Coopers & Lybrand as an Audit Senior in 1976 and was transferred to Coopers’ management consultancy services in 1977. He joined the Commonwealth Development Corporation in 1978 and was seconded to Sarawak Oil Palm Sdn. Bhd. as Company Secretary.

He joined BAL Plantation Sdn. Bhd. in 1981 as Financial Controller until 1993. His main responsibility included financial management, merger and acquisition and commodity marketing. He was Chief Executive of United Palm Oil Industries PLC (“UPOIC”), a company listed on the Stock Exchange of Thailand before joining TSH in 1997.